Here are the times

Morning All, Please see update from Mags regarding the Norther Champs below…

Riders from Area 2, 4 and  16 if you are intending to take part in the Northern Championships at Bishop Burton on Sunday 25thAugust 2019, can you please check that your horses passport is up to date and your horse has had a flu injection within the 6 month period prior to Sunday 25th August,

Bishop Burton have asked us to comply with this regulation to enable us to continue  with the running of the championships.

Look forward to seeing you.

Please see the schedule for the 2019 BRC Northern Championships 25/8/19 at Bishop Burton.

Could you make sure you keep a record of your teams and individual placings.

Your invite will be given out at the official prize giving on the day of the relevant competition.

Any queries please contact the NR secretary (details on the schedule) or Margaret Smith (Area 4 chair) 07905692423. Please do not contact Bishop Burton.

Good luck ☘️ see you all in August!

Please find attached the results for the Northern Regional Championships

Evening all,
A quick but heartfelt thank you to all of you for your efforts yesterday.  I think most competitors went away with smiles on their faces.
That was due to your prompt but diligence actions whenever a problem arose.
Can I ask that you put the next bit in your area websites.
“On Sunday 19th August Areas 2, 4 and 16 held their annual championships for dressage and show jumping. There were over 200 entries with classes from walk/trot tests to elementary in a long arena; with heights from 60 to 100 in the show jumping.
The emphasis is team competitions although  individuals were included were ever possible.  Some decisions are not always popular but when applied to all are fair.
There were lots of smiling faces and thank you’s from competitors.
Now it is my turn to say thank you to:-
1, all who came and competed yesterday.
2, to our hosts, for their fantastic work to have the arenas well covered with green grass !!
3, scorers, judges and course builders who kept the show on the road.
4, the many volunteers who came and helped.
5, to the organising committee for giving up their free time, not just over this weekend but during the planning stages during the year.
Finally we had lost an integral part from a wheel lock in the long grass on Saturday, an urgent plea for a metal detector went out.  On Sunday after doing his dressage test the said part was located, so Dave Reynolds, you saved the day, many thanks.
Richard Thompson, Northern Regional Comittee chairman. “

Please note that if an individual or team member has Qualified for either Lincoln or been to FOH this year they are not able to attend this championships.  The team member may be replaced.

We are pleased to be moving north to Breckenbrough for the third British Riding Clubs Northern Championships.

This competition is to give riders and their horses the same atmosphere, competition and fun that riders experience at National Riding Club Championships.  It is for teams and individuals that have been placed at their Area Qualifier in the relevant class.  Horse/Rider combinations that have competed at the FOTH at Aston-le-Walls in the Combined Training or who have qualified for the National Championships at Lincoln in 2018 are ineligible for these Championships.

All team members are automatically included in the appropriate individual classes

We look forward to seeing everyone who has supported in the last two years and welcoming new faces this year.

Please find attached the schedule for the Northern Championships at Bishop Burton on 27th August 2017.

Please read carefully and send your entries in ONLY AFTER you have  received your invites from the CT and Summer Show.  (invites will be sent out shortly!! )

All the classes are run under the same rules as those teams and individuals who qualified at Area competitions.  Riders may enter as individuals in dressage and riding test competitions.  The entry is teams that have not qualified for the National Riding Club Championships in September at Lincoln, those riders will be down to 6th place. 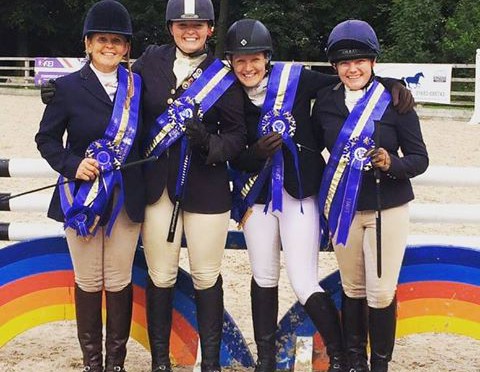 Here are the results well done everyone

There has been lots of talk about the Northern Regional Championships, (NRC) lots of work going on and here it is! NRC August 27th – 28th 2016 to be held at Bishop Burton College.
Please see the schedule and entry form attached. Feel free to post on your club web site to help members understand the concept.

The schedule and entry form has been sent out to clubs at this early stage to give you plenty of time to ask any questions. Schedule for regional champs       Entryform for Regional Champs2016

The NRC committee look forward to seeing you at BB for a fun weekend.

Below is a summary from Hilary McKenna Area Rep for Area 2. (That is the Area North of ours)

As an increasing number of clubs in a number of Areas have raised concerns regarding the huge cost of travel to BRC championships and the rise in the entry fees (these concerns have been raised on several occasions with BRC but they are unfortunately unable to offer a solution. Area 2, Area 4, Area 16 are considering the possibility of holding a regional championship which would incorporate some of the same disciplines as will be held at our summer qualifiers, i.e. for 2016 this would be dressage, show jumping, maybe  combined training, or new competitions.

The format would take the following.

To trial this idea, only dressage and show jumping and maybe combined training in 2016 with the potential roll this out to all disciplines in future years, if it is successful.  The Regional Championships would take place over 2 days with stabling and on site facilities, to give the event a real championships feel.

Sponsorships would be acquired, trophies and rosettes supplied.  Format for the championships would be on the same lines as run previously.

At this time of writing the venue is not decided, but will be between Lincoln and Scotland, and hopefully in the middle.

The aim is for the proceeds from these championships to be to cover costs with 10% going into future championships and other local RC developments funds.

Forms would be written for local competitions with forms for BRC championships and downloads from BRC website as usual.

For ease of use, we will be seeking an electronic entry payment system with a feedback process.

Hilary would like this to take off this summer, and in order to do that we need your clubs view, yes good idea or no.  If we go ahead we will need to pay the deposit to book a venue  with a contribution from each area.  After that we hope it will self fund.

We would like volunteers to help but that can come later.  We hope to have it somewhere like Bishop Burton in the summer holidays so there are lots of empty stables and we can make a weekend of it.

Please get back to me when you can but hopefully by the 14th February.