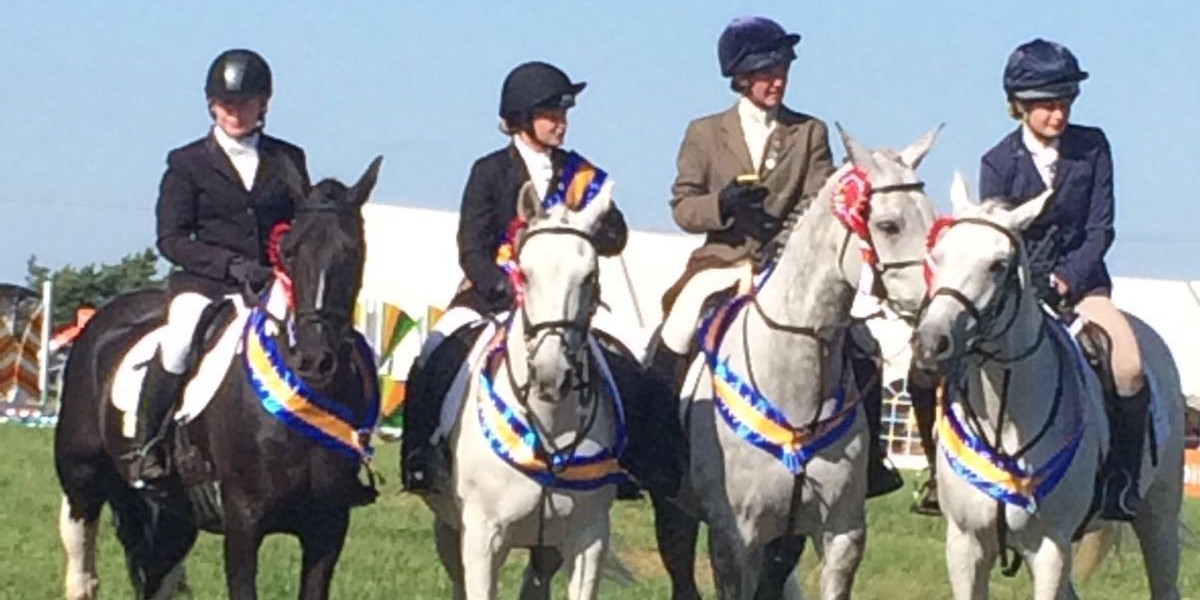 100+ horse trial champions who are Josie Proctor and Capron, Jane Lee and Georgous, Tessa Downs and Calligstown Can Do and Anna Garside and Silvermine. From Harewood Combined Training Group

Mary and I travelled down on Thursday lunchtime, hoping to beat the traffic and as long as Mary kept telling me where to go (the wonders of google maps on your phone!) we were all good.   We got parked up at Swalcliffe a little after 4pm and made our way to the horse check in, then Mary took Maytime for a little hack, while number 2 groom got stable ready and wagon set up for the night.   We went to the competitors briefing, and discovered that the vet inspection on Thursday am was going to incorporate a ‘tack and turnout’.   In the morning we brought May to the wagon to get ready, and Mary decided to go ‘all out’ pony club turn out.   I asked Mary if they had practised the ‘trot up’ and was told no, we will do it on the way down.   So off we went, presented May to vets, trotted up a little tract (50 yards) and back again.   All done.   Dressage was not until 2.30 pm, so May had another little hack.  The dressage went reasonably well, nothing startling, but nothing to complain about either.    I have to say at about this time, we were beginning to realise how hot it was, and after going down to the xcountry course with the meter wheel, we realised that it was nearly 1km to the stable and back!   We set off to walk the course, and supposedly to measure it, however, not very successfully – jockey and number 2 groom slight difference of opinion – again.   We met up with the Tarlings – not easy as there were a lot of horse boxes there, and arranged to ‘do t’.   Mary went to look at the scores, and saw a notice to say that she had won tack and turn out!! So we had to go to the cocktail party to collect her prize.   I have to say the organisers made an effort  to put on a lovely drinks party with food too, and Mary was quite excited to be presented with a lovely rug and cheque for winning tack and turnout.   Then off to the Tarlings caravan for BBQ T and tactical planning for xc day!

Saturday arrived – even hotter – Amy was on the course before 11 am to do the 100 class, so we were all there ready to see her off on roads and tracks. After short road and track phase, steeplechase phase, long road and tracks phase,  She came back, pony and rider were fine, passed the vet, and then we washed pony down ready for the final xc phase.   A really good effort, but one stop coming out of the water would put Amy out of contention.

Mary and May went about 2.30pm.  Dad and big brother turned up to see her go, and dad stayed for the rest of the competition.    The breeze had got up a little bit by then.   Off they went same distance as Amy but Mary was dong the 100+ and so her times were faster, we all waited in the 10 minute box for her return, and home they came, plenty of time to spare, passed the vet, and headed for a cooling wash down.   Off on the xc and I don’t mind admitting a nervous mum due to our disagreements on distances when walking the course! No worries, both home clear within the time, finishing on her dressage score.

So as soon as horses all settled, what do you do? Off to pub for T.

Sunday, it was hard work getting up, another km down to see Maytime, and get her ready for vet inspection.   Passed fine, so prepare for show jumping.    Ours was after 3pm, Amy was 10.30 .   After Amy’s round, they were not in the placings, so decided to pack up camp and go home.   We had to wait for Mary and Maytime until after 3.30pm.   A lovely clear round, and 5 more to jump, one after the other, they knocked a pole down.   Even the winner knocked a pole down.   Mary still finished on her dressage score 31.   The overall winner was the winner in Mary’s arena.   If she had been in any other arena, we would have had a 1st!.   Have to say, that the team winner of the 100+ was Harewood Combined Training Group, who won at our area competition, so very well done to them. 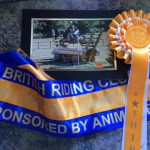 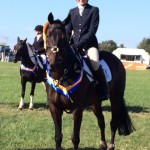 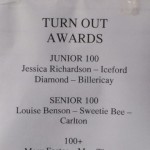 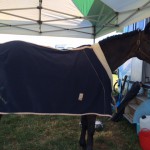 We thoroughly enjoyed to competition, had a real experience, and were glad to get home at 9.30 that evening, all safe and sound.

Sarah Foster and Mary and Maytime

SELBY RIDING CLUB AT THE HORSE TRIALS CHAMPIONSHIPS
This weekend Pete Wicks, Rosie Burbidge and myself ( Faith Padmore )from Selby Riding Club represented Area 4 at the Animalife Horse Trials Championships at Swalcliffe in Oxfordshire in the Senior 90 section.
Selby had won the qualification back in June at Breckenbrough along with Amanda G Walker andHeather Blakey, who unfortunately due to unforeseen circumstances weren’t able to ride at the champs and I was able to step in as a reserve.
This was the first time any of us had ridden at a 2 day event or with the long style format so we were all a bit apprehensive and unsure what to expect but really excited for the opportunity.
On one of the hottest weekends of the year we started day 1 (Saturday) with Dressage and Showjumping.
Pete had a dressage score of 41 and went clear SJ, Rosie’s dressage was 35 and had an unlucky pole SJ. I completed the day with a dressage of 27 and clear SJ finishing 3rd in my section and 4th overall.
Day 2 (Sunday) was Roads and Tracks, Steeplechase and XC.
All the team successfully completed the endurance phase and all of us managed fast times on the steeplechase (minimum speed was 500mpm, Rosie and I went at approx 600mpm and Pete at a staggering 725mpm); after the all clear from the vet and a 10 minute compulsory wait we were allowed to continue with the final phase XC – the course was built to height with lots of very solid boxy fences with some tricky combinations over a very hilly course.
Pete and Rosie both had bold (and slightly too fast) clears. Unfortunately my horse found a caterpillar shaped fence a little too frightening and I collected 20 penalties.
Although none of us came home with a ribbon (Rosie was just short of being placed), we were all delighted to have the ride and overall we were pleased with how our horses had gone during the competition.
We would also like to express lots of heartfelt thanks to everyone who came to help us, suffering sunburn in the process – without your support we simply wouldn’t have been able to compete. So in honour of our unsung heroes… Big thanks to Zena & Kevin Richards who were the clubs official BRC helpers. To the grooms who helped to keep us and the ponies cool in the heat.. Jodie Livsey, Katie Boddy, Julie Peach and a big thanks to Ellie McNeil who left pony club camp early even though she was winning the HT on a score of 22 after SJ and DR!